Last week was held the French Olympic Week (SOF) in Hyères. At this occasion, Jean-Baptiste Bernaz, the licensee of the CN Sainte-Maxime, once again performed! Aboard his laser and after 12 races, he finished 9th in the general classification and 8th in the Medal Race. Some good results that J2B expects to improve for the World Championships which will be held in Japan from July 1 to 9. Let’s look back together on this great week of competition!

Meeting of the Olympic sailing elite at the SOF

Considered for 7 years as a stage of the Olympic Sailing World Cup, the event is now again called SOF (French Olympic Week) and is now part of the European Cup. The bay of Hyères is particularly appreciated by sailors for its body of water which faces the islands of Porquerolles, Port Cros and Le Levant, thus acting as a natural rampart and offering an exceptional panoramic view. This year, more than 230 runners representing about 50 nations participated to the SOF. As a result, they are integrating this week of competition into their preparations for the 2020 Olympic Games. In addition, this week was an opportunity for them to familiarize themselves with the Mediterranean waters before the finals of the World Cup Sailing Series, which will take place in early June in Marseille. 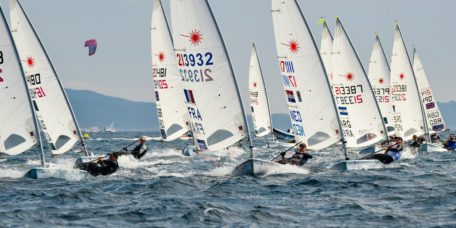 On the prize list side, the French windsurfers did very well in RS:X. Indeed, Charline Picon from la Tremblade and Thomas Goyard from Martinique took first and second place respectively. Promising results for the World Cup Sailing Series!

In laser, the French Mathilde De Kerangat and Louise Cervera are unfortunately not on the Medal Race line. They rank respectively 12th and 13th in the overall ranking. In the men’s category, the Australian Matthew Wearn leads significantly in the final stages. He is followed by the New Zealander Sam Meech, bronze medalist in Rio in 2016 and the Australian Tom Burton, gold medalist in Rio. The Frenchman Jean-Baptiste Bernaz distinguished himself in a remarkable 9th place.

All the results are available on the French Olympic Week website.

Spotlight on Jean-Baptiste Bernaz, a 100% Mediterranean reference in Olympic sailing

Fed on nautical activities by his parents, J2B quickly developed a passion for sailing that led him three times to the Olympic Games. Indeed, the licensee of the Club Nautique de Sainte-Maxime and member of the Pôle France de Marseille was the youngest athlete on the French sailing team at the 2008 Summer Olympic Games in Beijing and then those in London in 2012. It has been present on international laser circuits since 2006.

Last month, we were pleased to receive J2B on the Business Club O’ boat for the SNIM2019. Thus, our various partners had the opportunity to discuss with him not only about his season, his preparation and objectives, but also about the characteristics of the Laser within the Olympic Sailing. 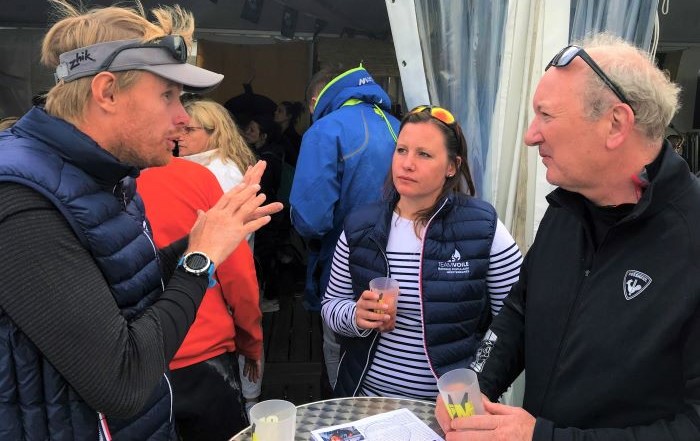 Supported by Banque Populaire Méditerranée, a founding member of Business Club O’, Jean-Baptiste Bernaz is currently preparing for the Olympic Games in Tokyo 2020. And he is determined to bring back the first French Laser Olympic medal with these Games!

Moreover, his latest performances in international competitions are a fairly favourable sign in his preparation. Indeed, he finished 9th on the Trofeo Princess Sofia – Palma in March, 5th on the World Cup Series – Miami in January or 7th on the Enoshima Test Event in 2018. In addition, he dominates all national competitions, confirming his position as the French leader in Laser.

He will also be present from June 2 to 9 in Marseille for the finals of the World Cup Sailing Series. Until then, Jean-Baptiste is very active on social networks, do not hesitate to follow his news on Facebook or Twitter!

The laser, a unique boat where man makes all the difference

The Laser is a solo dinghy created in 1970 which joined the Olympic Sailing family at the Atlanta Olympic Games (USA). It is a boat with a unique model with only one manufacturer, identical for men and women (we speak then of radial laser). The dinghy measures 4.23m, weighs 59kg and the only difference between men and women is on the sail surface (7.06m2 versus 5.76m2).

It is therefore the skipper and his physical qualities that make the difference on the regatta. It is a support on which it is better to be quite large and robust, for information men generally turn around 80 kilos. 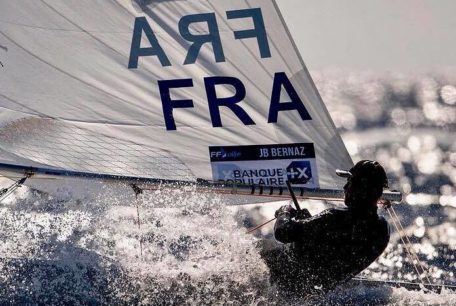